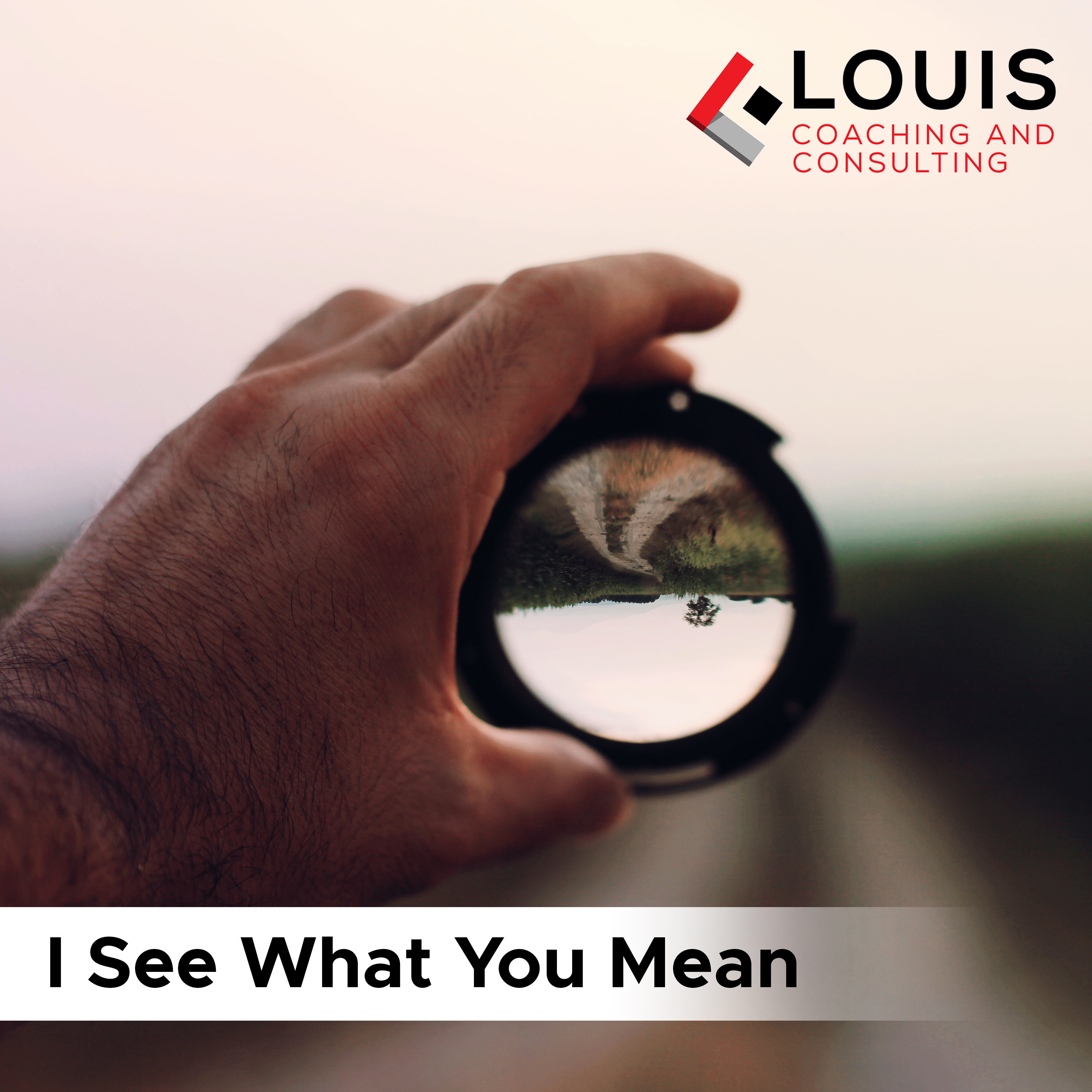 I See What You Mean
Getting On Some Uncommon Same Pages: Mentoring and Mergers

When Cal Shintani and I discussed recording a podcast episode, it was clear to me we'd talk about mentoring. Cal has a long mentoring background and described some ideas about the same page mentors and proteges get on that I wanted to record. Cool.

Then he mentioned his merger and acquisition experience. M&A's are common in the Federal contracting community. What's not common is for a consultant to be involved in several. And what's even less common is for a consultant to connect mergers with mentoring. But Cal had. He'd added mentoring to mergers and learned some valuable lessons about getting two organizational cultures on the same page while connecting individuals to the newly emerging culture. To the merged culture. Very cool!

In this episode, Cal discusses his experience getting people on the same mentoring and merger pages, and what he did when people couldn't get there. Here are a few of my favorite ahh-ha! moments:

3:57 - Building trust and relationships through the mentoring program of a government-industry IT professional association - ACT-IAC

8:40 - The same page mentors and proteges should get on

11:50 - Resisting the temptation to advise as a mentor, and how it can change the conversation

16:32 - How a same page emerges from a trusted relationship

37:00 - Mergers and cultural fit. We both say we're entrepreneurial, but are we saying the same thing?

Putting Values And Principles To Work

Shit happens. Living a principled life doesn't. One works hard to truly live their values and my guest this episode, Amy Fadida, is one such soul. Our conversation is filled with stories about how she's learned to respect others to get on the same page for the sake of the relationship, or to part ways honorably if that's to be. You'll smile and have your own ahh-ha! moments, but here are some of mine :) 2:29 To get on the same page you have to set aside what you think long enough to see through someone else's eyes. You don't have to agree. But you have to see. 10:57 My husband is a naturalized US Citizen and West Indian born. We were married 8 or 9 years before an island painting hanging in a gallery made me realize he demonstrated his connection to my culture more than I demonstrated my connection to his. 24:23 Shifting perspective helps you understand what matters and why. I see this in the way retired government officials who consult understand challenges faced by current government officials. 35:53 When I was younger I could be "in your face" over social issues. When I got a little older I began asking people why ...

"I See What You Mean" is a weekly interview-style podcast about what it means to be on the same page with someone at work, at home, and in our communities. I talk to people from all walks of life to get different perspectives on how and why we get on a same page, or don't. How and why we stay there, or don't. And what to do when we can't - or shouldn't - be on the same page with someone. I'm especially intrigued by what the show title refers to - those ahh-ha! moments when a flash of insight makes it clear what someone means by what they say. Whether or not we agree with someone, understanding what they understand the way they understand it, and vice versa, is an honorable and respectful starting place - even if we stay on our own pages. Listen to the trailer to see if you like what you hear. If nothing else, I think you'll enjoy the cool intro and outro blues music ;)  Best to you and yours, Lou ...

Esther Dyer has spent a career leading change and helping the CEOs of professional associations, not-for-profits, and healthcare, philanthropic and commercial organizations get people on the same page, with change. Learn how she draws on library science to make complex information usable, and to help executives prepare for and use "moments of change" as catalysts. Here are a few ahh!-ha moments I had:   6:28 Moments of change as inflection points 8:06 Moments of change need preparation 9:52 Engaging an exec with a vision in his or her own "how" 19:17 An exec who got in the trenches to lead change 24:42 Guiding change by being a guide to information 35:57 Collaboration technology has left the watercooler behind, and communication is worse for it   ...